Photgraphic plates had to be prepared almost immediately before use – in itself a messy fume laden business, and then processed almost after exposure, so unstable were the photographic emulsions.

This is, or course, why most of the photographs we have from the period are studio portraits – doing photography outside was just too difficult – even the family group pictures of Victoria and Albert with assorted sprogs at Osborne, were carefully posed, and doubtless the photographers had a tent pitched that contained their impedimenta.

There are of course exceptions, such as the picture of the Chartist demonstration at Kennington Common in 1848, 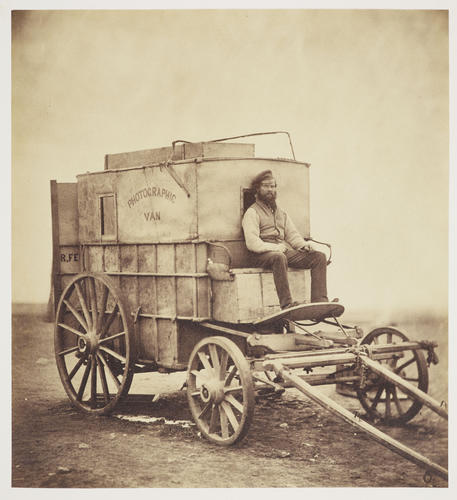 But then the State Library of Victoria recently blogged about Thomas Hannay, an itinerant Scottish photographer, who drove a horse drawn van around the west of Victoria in the late 1850’s photographing people and things 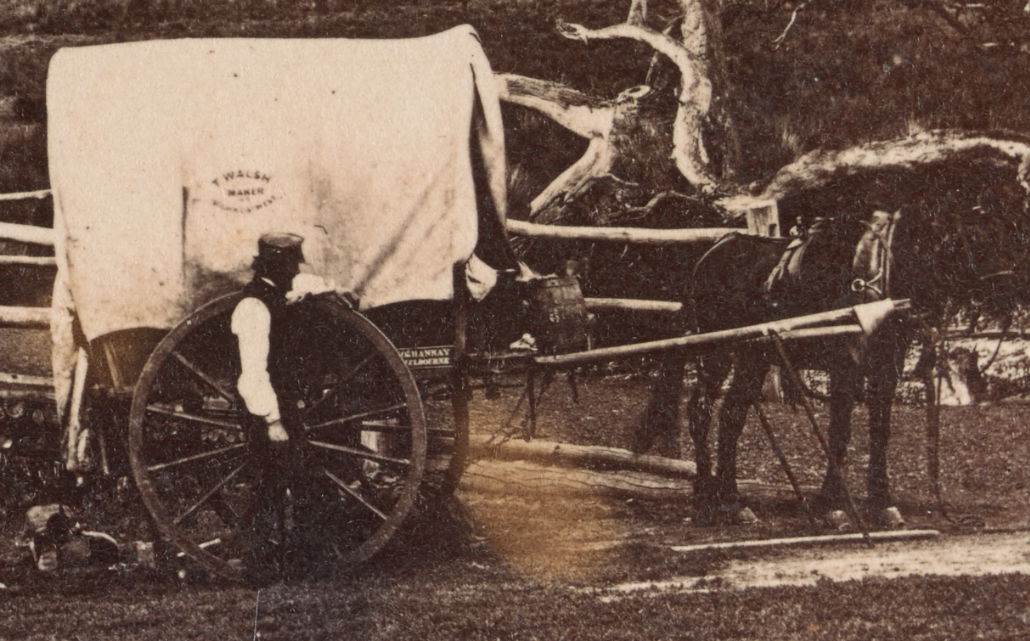 which is kind of interesting.

Obviously in an area with a small and scattered population there probably wasn’t enough work to keep a studio photographer in business – people like J.A. Rochlitz in Beechworth could run a business as there would always be people on the gold fields wanting to send photographs home, but in the western district, with its scatter of hard working farmers and fisherfolk, less so. Much less so.

Now what I don’t know is whether Hannay was unique, or if there were other itinerant country photographers across Victoria, New South Wales and South Australia.

However, Hannay, who seems to have been based in Maldon originally, seems to have got about quite a bit, having been identified earlier this year as the first photographer of the Naracoorte caves in South Australia …

And to answer my own question, Hannay wasn’t the only one – as this advert from the Age in July 1858 suggests